Small clipper system has been difficult for the models to define well…until now.  As mentioned yesterday, the models had strengthened the system so that the surface reflection would pass to our south.  Today’s models are even stronger, so it now looks as though the whole thing will stay south of Louisville.  Areas west and south of Louisville will receive some some light rain this afternoon, but I’ll give it only a small (30%) chance for measurable rainfall for Louisville.

Any precipitation in KY should be south of Louisville and east of I-65 by 7 P.M.  After that, a few snow flurries will be possible tonight but create no problems.

Tomorrow will remain cloudy and cold, but sunshine returns with a nice warm up expected Thursday through Sunday.  Two or three days could reach into the 60’s.

I guess a better way to express the title today should say…Another near hit? 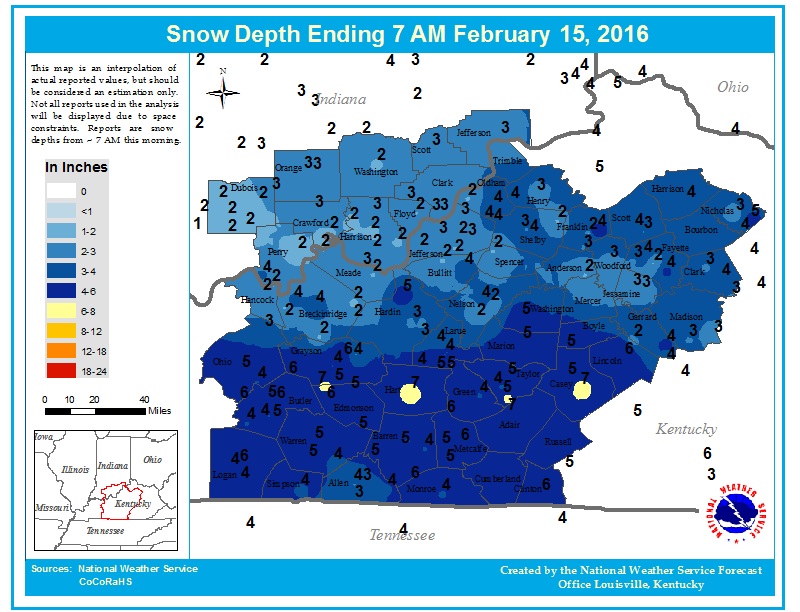