It is now clear that the axis of heaviest snowfall will lie north of the Ohio.  From western KY to Evansville to Indy and on to Lake Erie will be the heaviest snow – probably a foot or more by tomorrow.

South and west of that line snow totals will diminish slowly across southern IN, then the drop off quickens from the Ohio River south and east.

As a result of this shift, some small changes must be made to my forecast.  From 10 miles north of the Ohio River and northward,  I’m sticking with 8″-12″ by tomorrow morning.

For counties right along the Ohio River, expect 6″ to 10″ of snow.  The farther south and east you are from the river, the smaller the snow totals.  South of a Leitchfield to E-town to Lexington line, it’ll be mostly an ice storm.

The NAM forecast system is different from the other three models I’ve checked.  It places the snow prediction about 50 miles north and west of the other models (described above).  If that proves to be closer to the actual event, the Louisville area would only get about 1″-3″ of snow plus some sleet.

I have an unusual snow gauge.  It was given to me by one of my snow-loving daughters. 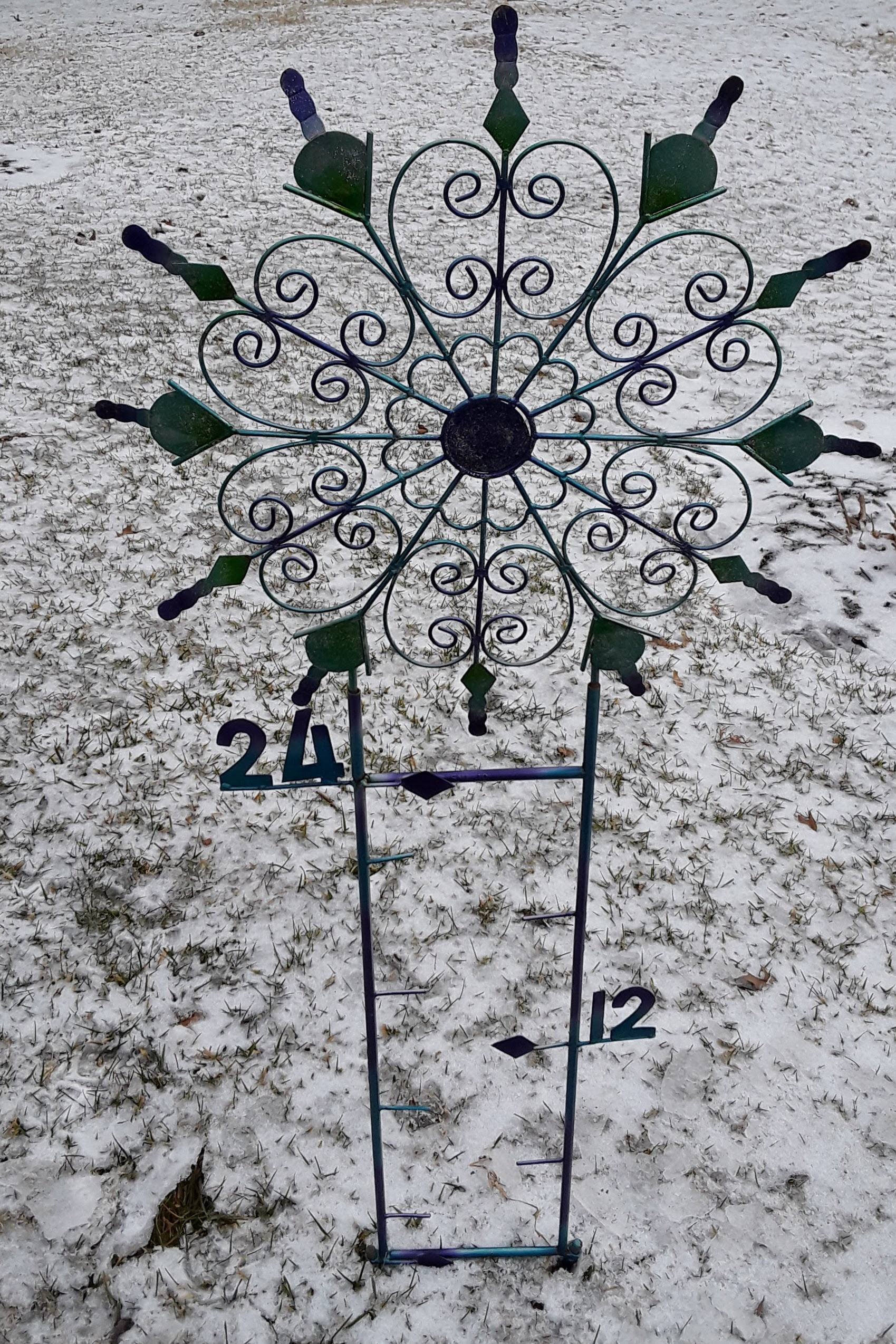